How the Project came about 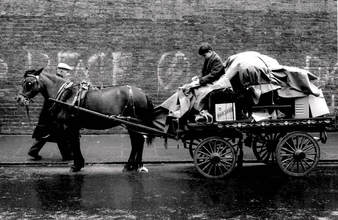 Portobello Road
Following a phone call to Alan (This Boy) Johnson's office, photographer Peter Dixon, contacted the coordinator of the Gloucester Court Reminiscence Group, Maggie Tyler, to ask if the Group would like to view photographs, that he had taken in the late 1950s and early 1960s around North Kensington and Paddington. On seeing Peter's photographs, the members of the group decided that they would like to create a project, recollecting their childhood memories, triggered by these strong but also sensitive photographs of urban children going about everyday activities in, what was then,  an extremely deprived area of West London.

Members of the Group: Eddie Adams, Frances Batchelor, Linde Carr, Thomas Crowe, Rose Madden, Susanne Medas, John Neville, Jean Parker and Irene Rudnik, related their childhood tales of growing up in postwar Britain and their experiences of living through a time when children roamed freely within their local communities. Peter Dixon's previously unseen photographs and those who contributed their stories provide an insight of what it was like for some children growing up in a poor inner city area during the 1950s and 1960s.
Peter Dixon: "I was born in 1934 at 26, Western Avenue where my grandmother lived. My mother was on her way to Hammersmith Hospital, Du Cane Road, when I started to arrive so she stopped off at her mother’s. My family lived around the southern part of Latimer Road at that time, Stebbing Street and Hunt Street.
In 1948, when fourteen, I started at Lime Grove Art School, Shepherd’s Bush. My first job on leaving Lime Grove was as Studio Boy at Minerva Art & Photographic, Covent Garden. This was followed by a job with Stewart Skingle, drawing for newspapers and then after a couple of years I was employed as Head Artist with Hallmark Cards, Greenford. It was at this time that I started photographing North Kensington and Paddington. I continued working in graphics when I took a job with Frank Mason’s Bus Advertising, just off the Strand but then I moved to Cornwall and  started working with my brother as a carpenter.
In the 1970s I moved to Surrey where I now live with my wife."
​Peter's photographs are themed under the headings:
​Streets, Play, Wheels, Water and ﻿Family﻿ 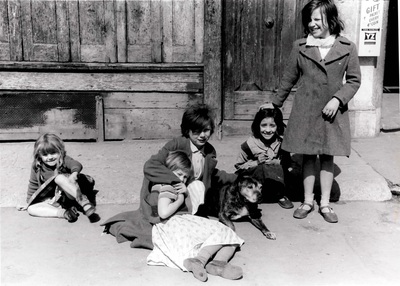 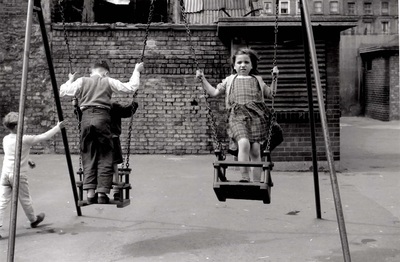 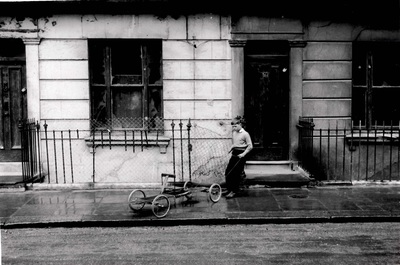 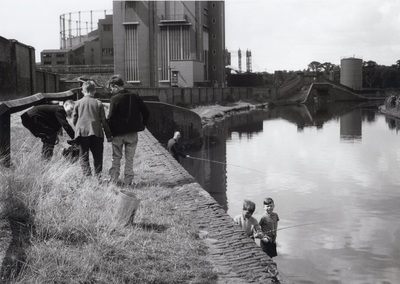 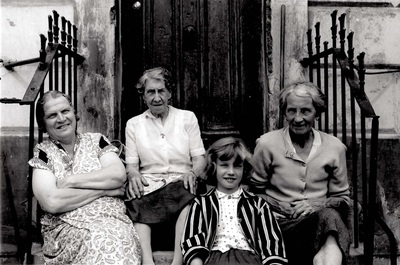 FAMILY
Peter started taking photographs in the North Kensington area circa 1960, following a visit to Hammersmith Library where he discovered that there were plans for certain buildings in Kensington and Hammersmith to be demolished and replaced by Westway, the A40/M.
"Every weekend, when I had money for film, I would go out with my camera. One day I went to the Hammersmith Library and asked for a map of the district. They gave me a map and on it I saw that they had crossed out many of the roads. I asked,
"What’s the idea of that", and they said, “Those roads are coming down”. That’s when I started photographing Kensington and Notting Hill." Peter Dixon
Peter Dixon talks about the photographs
"They needed to have something to play with. One boy has a torch and I guarantee there’s no batteries in it."  Peter Dixon
"Kids don’t play in the street anymore. They can’t because of all the traffic. When we played in the street there was no traffic . Nowadays they’ve all got computers and mobile phones so they’ve all got things to keep them indoors. We had everything to send you out of doors. Mothers, parents were glad to get rid of you most of the time,
​but then there wasn’t any traffic." Frances 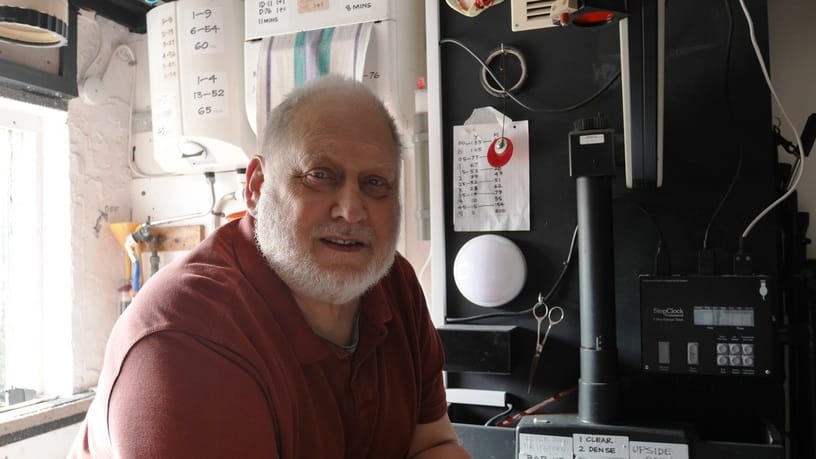 "​I would love one or two of the people in these pictures to discover that they are in there, or they recognise someone they know. When I was taking the photographs many of the children were about 10 years old. To find somebody that recognises them self would be wonderful. It really would be." Peter Dixon
Information contact
Copyright (C)
Powered by
Powered by