The sink or zinc
"We just washed in the sink ‘cos we didn’t have a bath. There was a bath, a zinc bath, hanging up in the yard outside and mother would bring it in once a week on a Friday night and she would start with the youngest and put a drop of water in and then the next one would have a drop more water until four of us and then she would top it up at the end for herself and then for dad when he came home from the coals. You just had to keep boiling water and topping it up." ​Frances 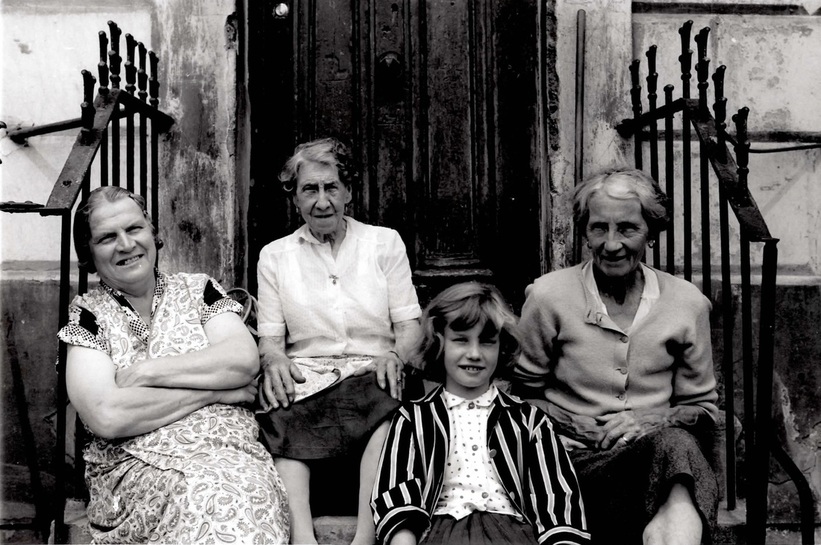 "On a Sunday lots of the local religious organisations like the Salvation Army used to have things for children and parents, don’t matter what religion they were, would send their children to all the different ones that they had on a Sunday to get rid of them, so that they would have Sunday to themselves because people worked 6 days a week. Sunday was the only day that they had on their own. It was one way that parents got time to themselves on a Sunday.
The kids liked it because there was always something there like cakes or tea. The Salvation Army had a group called the Sunbeams." Eddie
"I didn’t tell people what to do, how to do it but just let them do it." Peter Dixon 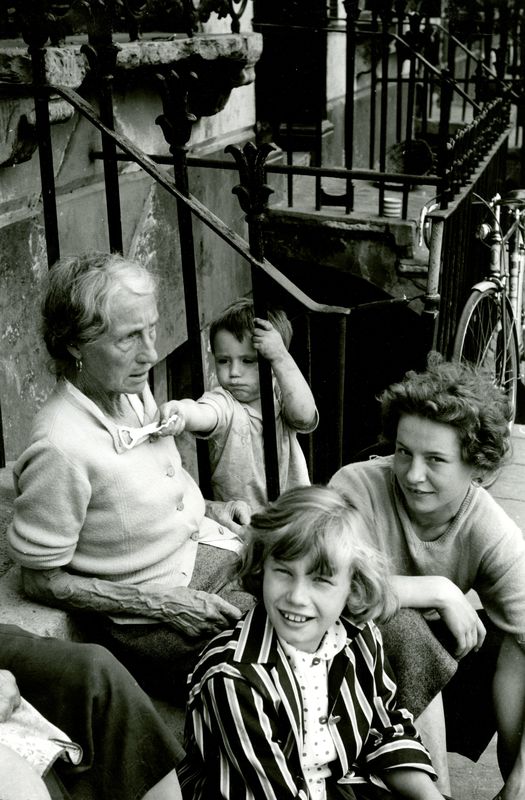 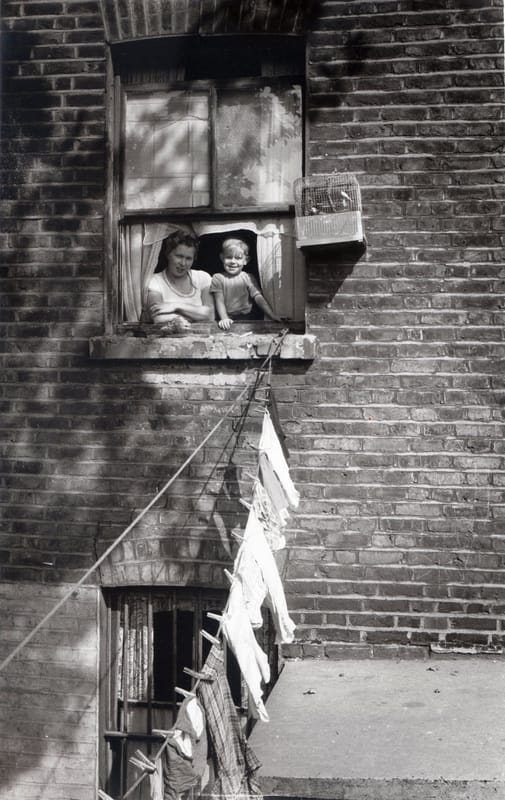 Thorpe Mews washing
"We had pulleys in Thorpe Mews which stretched across the Mews and we would hang the wet clothes on there and we would pull them and put the clothes and wait for the clothes to get dry. We would have races to see who got the line full, with neighbours. We lived in a flat over a garage. The garages were where people stored their cars but in the old days they would have been for horses."  ​Jean
​Washing line races
"We used to have races to see who would get the line full, with the neighbours.
We all had turns at doing it. Mostly the girls but when they got older it was mostly down to me and my brothers. My sisters were teenagers by the time I was born so I was mostly with my brothers as they were nearer my age." Jean
​Washing near the Docks
"In East London the women used to hang the washing across the Tenements  because there were no cars but what would happen is that if the big ships were coming in to the Docks, the Dry Dock, the cry would go up “Go and get your washing” because the big ships would belch out the smoke and you would get smuts all over the white washing. There’s a photo at the beginning of “Call the Midwife”, which shows that exactly. There’s a huge ship and a tiny street." Linde 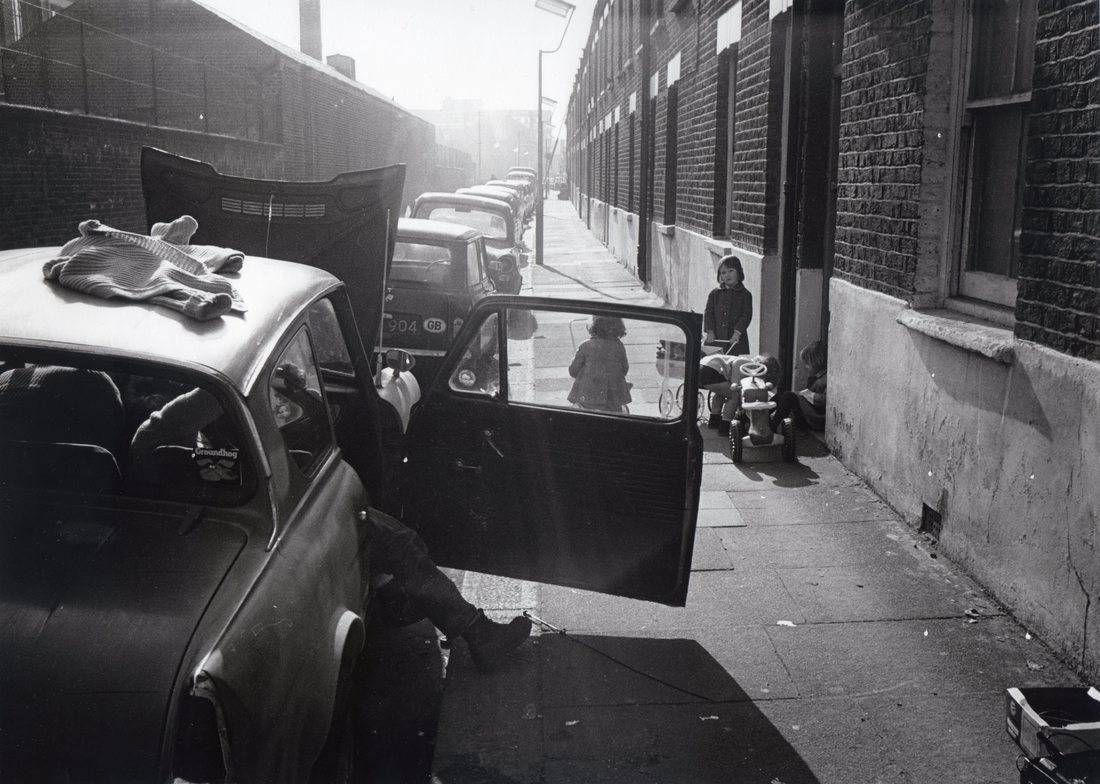 "We would eat around the table at 5 o’clock. It was our main meal of the day. Lunch times if we were out playing we would sometimes pop in and get some bread and jam." Eddie
Sunday School
"I was about six and my sister was one  and we were at Sunday School. She was an awful naughty wee girl and I was a good child most of the time. I was too good. Wee Jean was sitting beside me with a bible. My mum had got her a bible and she was pulling pages out and blowing her nose on the paper."  ​Irene
"This was taken outside a Catholic Church and I thought that the nun was separated from children, not  only by the railings but by the church not allowing her to have children." Peter Dixon
Information contact
Copyright (C)
Powered by
Powered by